During the Age of Sisyphus, Demeter, was in charge of the harvest. She loved her little daughter, Persephone and the crops grew high and healthy. As time passed, Persephone grew into a lovely goddess. That's when the trouble started. One day Hades, the king of the underworld, decided to take his three-headed dog out for a chariot ride. When they encountered Persephone, she only laughed and scratched the dogs heads. Hades fell deeply in love, grabbed her and dove deep into the darkest depths of the Underworld. 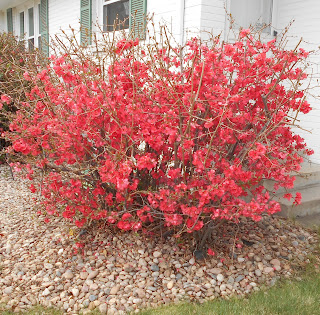 Hades locked Persephone in a beautifully decorated room in the Hall of Hades, but Persephone refused to eat. She had heard if you ate anything in Hades, you could never leave. Finally, in desperate hunger, Persephone ate six pomegranate seeds; meanwhile, back on earth, Demeter, missed her daughter terribly and the crops were dying. It was clear this could not go on, so Zeus sent his son Hermes to work a deal with Hades. This was the deal Hermes worked out:

If Persephone would marry Hades, she would live as queen of the Underworld for six months each winter. In the spring, Persephone would return to earth and live there for six months. Every spring, Demeter makes sure flowers are blooming and crops are growing and the fields are green with welcome. Every fall, when Persephone returns to the underworld, Demeter ignores the crops and flowers and lets them die. Each spring, Demeter brings everything to life again, ready to welcome her daughter's return.

To the ancient Greeks, that was the reason for seasons - winter, spring, summer, fall.
Posted by The Age of Sisyphus at 8:31 AM

New comments are not allowed.